The Jordan River is approximately 156 miles long. It begins in the northern most part of Israel at the base of Mt. Herman, and runs into the Dead Sea, 1,300 feet below sea level at Jericho. It is divided in to two parts, the upper Jordan, which describes it from Mt. Herman to its entrance into the sea of Galilee,  near the ancient city of Bethsaida. The lower Jordan, which describes the river from its descent from the Sea of Galilee to the Dead Sea. It is the present day border with the country of Jordan, and Israel’s longest border with any neighbor. The Jordan has three primary tributaries: The Senir, which comes down from the mountains of Lebanon, the Banias River, which begins Roman Caesarea Philippi, and the Dan River which flows from the snow melts through the limestone rock and the huge Karst springs that gush water by the metric tons out of the earth.  These three together become the Jordan. Many are baptized in these waters. The people come from all over the earth to be baptized as followers of Jesus of Nazareth. 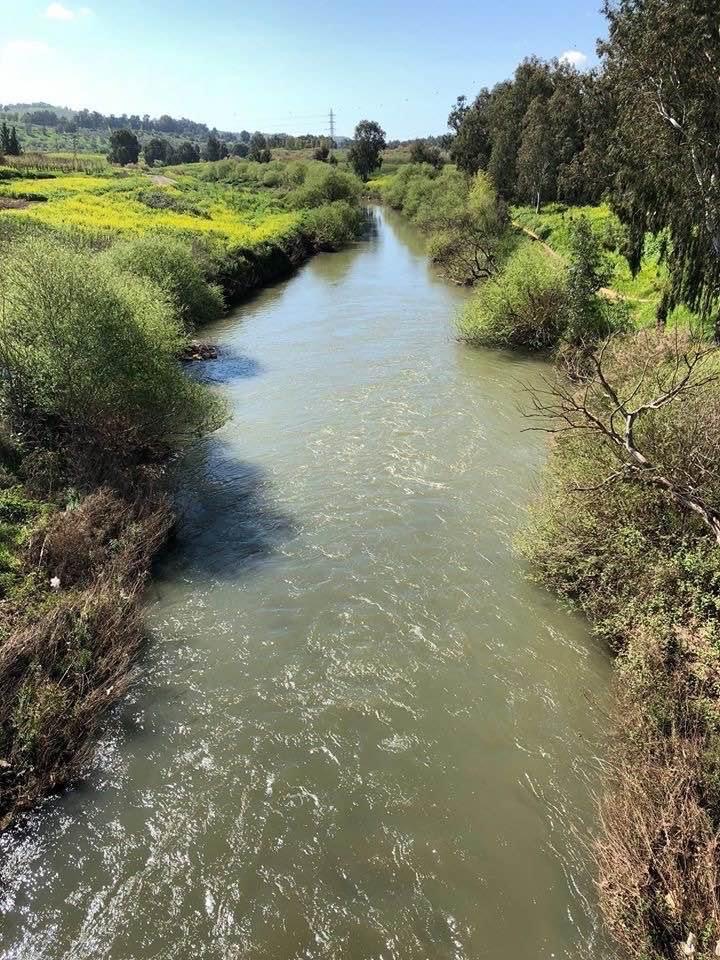