Mt Herman is located in the northern most part of ancient and modern Israel. It is at its highest peak in Israel. It a range that is located in Lebanon, Syria, and Israel. Lebanon has its highest peak at 9,200 feet in elevation. It is also called in the Bible, Mt Sirion. It is the border between the three countries just mentioned at Israel’s northern most edges. It is the probable area of the “transfiguration of Jesus” as it was in the narratives of the gospel Jesus “takes them up int an exceedingly high mountain” in the regions of Caesarea Philippi in Matthew 16. The mountain and range is usually snowcapped during the rainy season, winter in Israel. 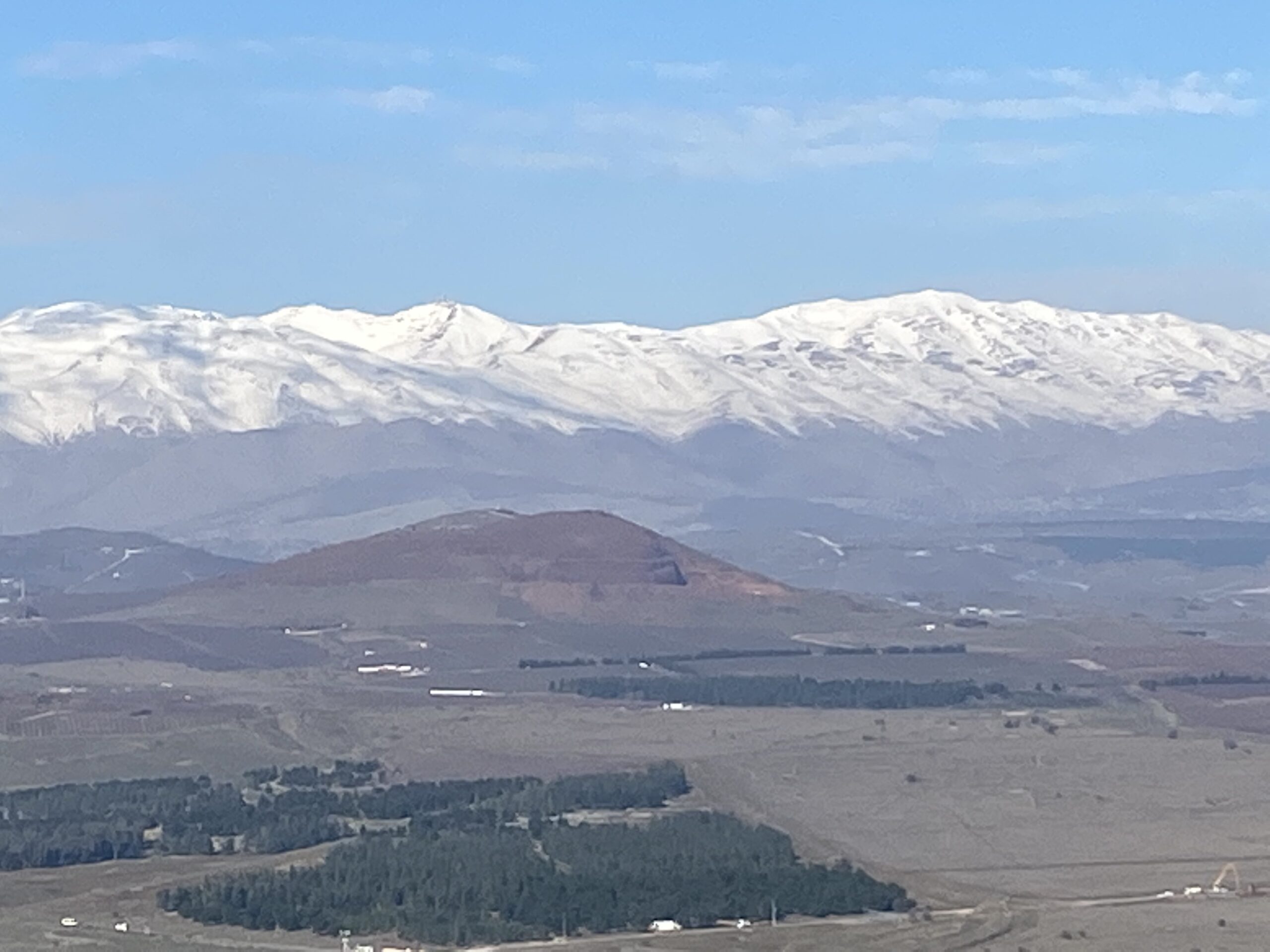